Mentor Cardinal Youth Football Association will be making a board transition effective Sept 15, 2019 as two long time and celebrated volunteers transition out of the league.

Mentor, 9/6, 2019—The Mentor Cardinal Youth Football Association announced today that they will be transitioning to a new board of directors effective 9/15/2019.  This comes as part of a planned transition that sees two of Mentor Youth football’s most celebrated volunteers retiring from the non-profit youth organization.  Ron Wilkinson and Bill Burton officially step down to turn over the board duties but will stay on as advisors until the end of the 2019 youth season.

Both Ron and Bill have been coaching kids and running youth organizations for over 20 years and are stepping away from the youth football game with a lot of pride.  “I’ve enjoyed every minute of my time helping Mentor’s kids learn the game of football.” said Bill Burton.   Ron had a similar take, “As both of my boys move through the high school system, it’s great to see what this youth league has produced and I’m proud of the work we have done there and I’ll miss it.”

Ron and Bill were both instrumental in the merging of the Cardinal Youth Tackle Football League and the Mentor Youth Football Association back in 2017 which brought both Mentor youth football leagues together and continuing to compete in the GLYFL.

Taking over as President is Shawn VanHuss who has been the Vice President of both the CYTFL (2013 – 2017) and the MCYFA (2017-Present) and has coached youth football for 7 years.

Gordon Daugherty will take over as Treasure. – Gordon has been coaching and Volunteering in the MCYFA for 3 years.

Leo Depretis will step in as Secretary of the league. – Leo has also been volunteering in the MCYFA as a coach for the last 3 years.

Mickey Moses will step into a new board position as director of football operations.  Mickey has coached youth football for 11 years and was an acting MYFA board member for 2 years.

For more information visit them at www.mcyfa.com

Welcome to the home of the Mentor Cardinal Youth  Football Association. 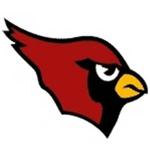 ALL players can play OFFENSE and DEFENSE during the same game to allow development of skills equally.

Special Division for 6½ to 7 yr. olds ONLY to give full opportunity to learn tackle football safely. Without sacrificing the competition aspect of the game.

This calander will be updated with important dates, camps, practice schedules and game schedules.

Designed by USA Football for kids to learn and have fun playing all positions •Rookie Tackle League is the bridge between flag football to 11-person tackle football, focusing on skill development •Designed for 7-on-7 play •A smaller field (40Yards) and limited player numbers are designed to fit the right ages. right stage of the players •It can also be uses an an entry point for new players before advancing to the 11-on-11 tackle game

Registration for the 2020 season is now open!